Part of a special edition series by and with writer-partners of Silicon Valley Author Ann Bridges.

Sufferers of traumatic experiences are often plagued by the memories and their daily lives can be affected. Many are unable to process the experience and suffer from flashbacks, anxiety, and depression among other symptoms.

I have personally been through an abusive relationship that was both physically and mentally traumatic. This led me to inpatient care and seeking out a therapist to help me work through these problems. It was then that I was given the diagnosis of PTSD, post traumatic stress disorder. It felt like a nightmare whose whispers and screams followed me around where I went. I tried to escape from the thoughts to no avail.

I was playing Dungeons and Dragons at the time. Dungeons and Dragons (D&D) is a roleplaying game that asks players to create a character and go on wild adventures. I had created the character Jenny, the halfling bard. Jenny was a troubled young lady. She carried around with her the cursed crossbow Scorpio. She wanted to do good and live her best life, but Scorpio would not allow her to do that. It whispered terrible things into her ear and forced her into situations that no one should ever have to be in.

During the course of that game, I went to the person running the game and asked him if I could change my character. I had lost control of Jenny and was no longer enjoying becoming her. He had noticed this too, and asked me why I had created such a troubled character in the first place. After talking with my therapist about this, we came to the conclusion that I had unintentionally given Jenny all of the symptoms of my PTSD.

During the next couple of weeks, life went on, Jenny died, and many of my symptoms became more manageable. You would think that reliving moments of trauma would be detrimental to my mental health. In fact, it had quite the opposite. By using Jenny as a personification of my trauma, it gave me a tangible thing to hold on to. I was able to look at it from a different perspective.

Through Jenny, I was no longer the victim. She gave me the ability to dive back into those horrible memories and sort through them. It was as if killing Jenny killed my fear and self-loathing.

This method of placing your thoughts into an object and then destroying it is not an unfamiliar practice. I am never going to be able to destroy the memories of that relationship. Those scars are still on my arms and in my mind. Yet by getting to know Jenny, I got to know my PTSD. No longer was it this horrible black mass of pain and despair. Instead it became a halfling with an angry crossbow. The scars which once were terrible reminders of what happened are now just a part of who I am.

Through the use of role-playing I was able to acquire the courage to face my fears.

Let me say this though: this is not a magic cure-all. Embracing yourself requires a plethora of tools. Some may work, some may not. I only hope to remind you that playtime is a valid tool to use, if only to serve as a reminder that you can indeed laugh again.

If you are ever in need of help, you feel the walls are closing in on you, you have lost control of yourself or just need a neutral party to listen to you, find a therapist. Those professionals want to help you help yourself.

Between my therapist and Jenny, I think I’m ready to go on a date again. 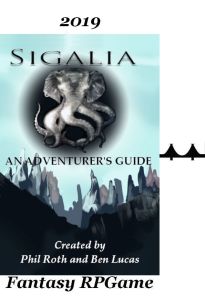 For more on Ann and her other writer-partners, see her at PennedSource.