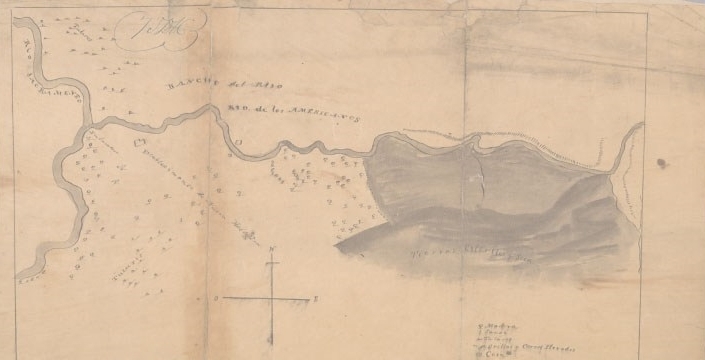 In honor of Hispanic Heritage Month, I share an excerpt from my newest novel, Kit’s Mine, the story of how a native Californio dealt with the changing times of 1870 California. Determining the legal status of land kept lawyers, both good and bad, employed for decades resolving clear title:

“Your honor, I possess evidence that Diego Salazar was involved in a scheme to unscrupulously wrest land from the rightful owner by abusing the law.” Michael brandished the thugs’ documents. “Diego offered to represent Abigail Jenkins in her title claim, and then delayed getting a fair hearing to resolve the dispute. During the drawn-out process, he charged fees for his time, which eventually became more than Mrs. Jenkins could afford, thus resulting in her land being titled to Diego as payment for his so-called services.” He paused, gauging the effect of his words on Judge Hancock and Diego.

Nothing. Their faces remained impassive. This tactic wasn’t working!

Michael’s heartbeat accelerated. He faked an outward calm. “This is one of many times Diego acquired land by this method—including through my mother. I’ve uncovered in this court’s records specific instances proving he and his business partners colluded illegally.” He met the judge’s gaze squarely. “Other lawyers are involved who are in a position to influence the outcome of the ownership of the land.”

“Your honor, he is calling me a land swindler.” Diego banged his fist so hard the table skittered on the wooden floor. “I am not.”

“What do you call it when you flagrantly take land you had no role in developing, and deny the rightful claimant what they worked years to achieve?” Michael asked, girding for the worst.

“I charge fairly for my services as an attorney,” Diego said. “It is not my fault the title process takes a long time to reach a decision. If my clients wish to hire me to help keep their land, that is their business. And if I accept payment in land, that is mine.”

Michael pursued the logic with dogged relentlessness. “And if you flip the ownership of that property to another man in return for a favor he does for you—for example, in politics—that is also your business, is that correct?”

Michael restrained a gratified smile at Diego’s hasty retort. “Your honor, I believe California has an interest in keeping speculation at bay. The law states its intention to keep the land for settlers to develop as homesteads. If my stepfather’s interest here is to line his pockets with money or favors, doesn’t that fall into the category of land speculation?”